Blog
You are here: Home1 / Blog

Can’t wait for this one… not only do we return to Chicago, one of my favorite cities, but we rejoin B-52s and our friends The Romantics. Mike Skill, guitarist from The Romantics and I have done some really cool music projects in the past, and may end up releasing some of the stuff we recorded a few years ago. In the meantime, get down to RibFest and Rock with A Flock!

Had a blast getting to know the people of Dayton, Ohio at Hollywood Gaming and Raceway on June 24.  Mix 107.7 and Stranger were great to support A Flock of Seagulls in Style. 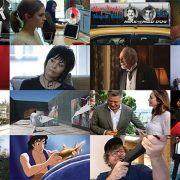 Looking forward to a fun run of shows this Spring/Summer!  AFOS will be performing after the debut of the world premier of the documentary film “Dare to be Different”.

Featuring interviews and rare footage of U2, Blondie, Duran Duran, Joan Jett, the Cure, Billy Idol, and Depeche Mode, Dare to Be Different is a nostalgic look at WLIR 92.7, the radio station that introduced these bands to a U.S. audience. Director Ellen Goldfarb tells the story of the rise and fall of this institution, and the birth of the punk and New Wave communities. With Joan Jett, Debbie Harry, Billy Idol, and others.

After the movie: A live music tribute to WLIR from A Flock of Seagulls, the English Beat, and the Alarm.

I had the time of my life w/A Flock of Seagulls this month, touring the Caribbean and experiencing a whirlwind journey through the 80s.

The tour began at Mizner Park Amphitheater in Boca Raton, FL. The set can be viewed here on YouTube: END_OF_DOCUMENT_TOKEN_TO_BE_REPLACED 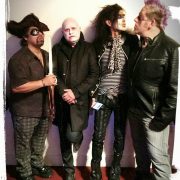 A Flock of Seagulls recently enlisted me to fill the drum throne while my buddy Michael Brahm recovered from serious burns that he suffered. My first show was on January 9, 2016 at the Suncoast Showroom in Las Vegas, Nevada. I’m hoping MB heals up quickly. It’s a pleasure to be considered to fill that role while he’s recovering!

There will be many opportunities to join me and my musical brothers and sisters coming up. You’ll want to plan accordingly, as these shows will undoubtedly sell out, and you’ll be upset with me for not having told you sooner. I’m just sayin’… Get out your calendars:

June 16: Monsters of Rock II: Dante’s, Portland, OR
http://www.facebook.com/events/163141873815447/
Join me and over 50 other rockers performing sets of everything under the sun at Dante’s. The first event was a rager, this will be even better.

July 6: ANIMOTION • Star Theater, Portland, OR
http://www.facebook.com/events/390936660958653/
Animotion’s rare return to Portland, joined onstage by the one and only Kevin S. Hahn on guitar.

July 7: Dilana’s Road To Rockfest Tour: A TCOR Radio 1-Year Anniversary Event, Dante’s, Portland, OR
http://www.facebook.com/events/345750965495217/
We’re headed to the midwest to play RockFest in Wisconsin, joined onstage by Iron Maiden, Alice Cooper, Def Leppard, Godsmack, Buck Cherry & more. This is Portland’s chance to rock with us if you missed out on the last 2 sold out shows, AND rock out with our great friends American Bastard. This will be legendary.

July 11: Radical Revolution @ Music on the Green, Sherwood, OR
www.musiconthegreen.net

July 20: Dilana @ The Chesterfield, Sioux City, Iowa
All I know is that our bassist, Jeff Buehner, says that Sioux City is his favorite city to play in the midwest (with the most supportive fans). We’ll see!
http://www.chesterfieldlive.com/

July 27: Animotion on the Santa Cruz Boardwalk, Santa Cruz, CA With Flock of Seagulls. FREE show, all-ages, and a party at the beach with amusement park to boot! http://beachboardwalk.com/concerts/

Sat Aug 11, 9:30pm Steelhorse – Festival of the Horse – Molalla, OR
Really…could there be a more perfect fit for the first real show of a band named Steelhorse?!